During the second world war, the allies worked out a rather nifty way to estimate the number of tanks the Germans were producing. It was based on the serial numbers gleaned from a handful of captured enemy tanks. They used a statistical trick which exploited the fact that the serial numbers were sequential. If two captured tanks had serial numbers 000123 and 000200, they knew that there were at least 200 – 123 = 77 other tanks built. A handful of captured tanks acted as a random sample of all tanks and all it took from there was a little applied statistics. The method was surprisingly accurate, and orders of magnitude more so than human intelligence estimates.  (This was verified after the fact by captured German documents of real production numbers.)

Interesting? Certainly. Relevant today? In certain circumstances, yes. The same technique could (and I expect probably is) used today by companies wanting to know how many widgets their competitors are producing. Check out the serial numbers on a random selection of their products on store shelves and, assuming these have a sequential pattern about them, hey presto. You can have have a pretty good idea of how many widgets your competitor is churning out.

If that all sounds a bit complicated, let me show you a much simpler trick which any manager might apply. It requires no more complicated maths than the ability to subtract one number from another.

Say you have a regular invoice from a company, a weekly or monthly bill for agency staff perhaps. Note the invoice numbers. They will almost certainly be sequential. The difference between your successive invoice numbers will be the number of other invoices that company has issued between times. Record the differences over time and you can get an idea as to whether their business is growing or shrinking, and at what rate.

If you have a lot of different regular invoices from the same supplier, you might even try working out what share of their business you constitute. Say you have 10 different monthly invoices and, using the method above, you think they only issue 50 invoices per month, that suggests you are 20% of their business.

Might be useful to know before negotiating those prices next time.

Comments Off on Gypsie Rose Invoice 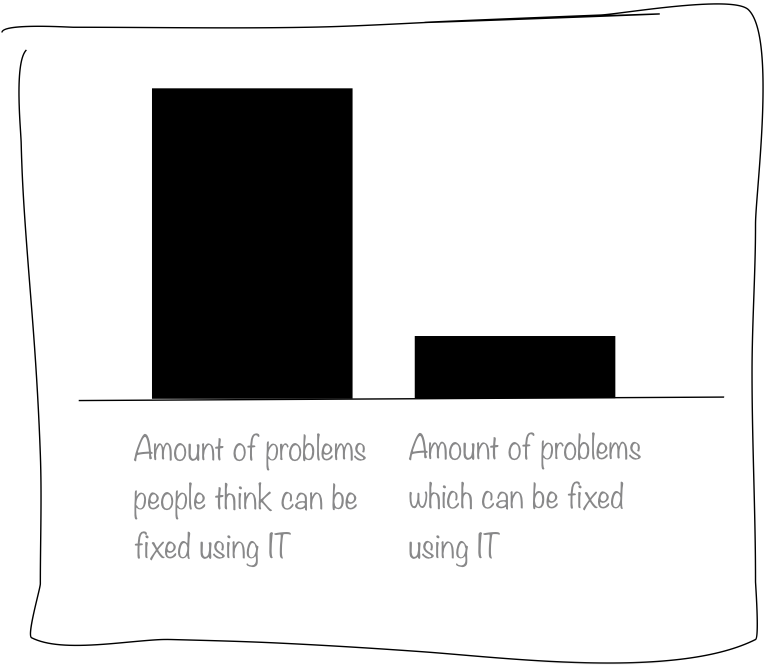 Comments Off on IT as saviour